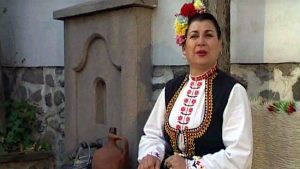 Beloved Bulgarian Thracian singer Dinka Ruseva, who taught at both the Mendocino and East Coast EEFC workshops in 1991, passed away on February 28, 2018, at the age of 70.

Born on February 16, 1948, in the village of Pet Mogili, Sliven, Dinka Ruseva sang extensively for weddings, baptisms, fairs and festivals. She was particularly noted for her highly ornamented and achingly beautiful slow songs, a number of which can be seen on YouTube. She and her husband Georgi lived in the town of Radnevo, in Stara Zagora province, and had two sons, Dragia and Radi, both musicians.

“Dinka shared her beautiful singing and songs and her generous, warm, and spirited personality with the EEFC community,” wrote Carol Freeman to the EEFC listserv after she heard the news. “She also taught workshops in different cities around the country. Dinka was revered in Bulgaria, but was as down to earth a person as they come. She had an exceptionally beautiful repertoire which she performed with masterful technique and enormous heart. We will miss her deeply, and forever treasure her music.”

"The younger folks in our community may not realize how special it was back in 1991 to have a complete Bulgarian band, [Bulgari], of which Dinka was a member, come to camp,” wrote Rachel MacFarlane to the EEFC listserv. “We were all emerging from the Cold War and had had extremely limited access to the artists from the countries whose music and dance we loved so much." 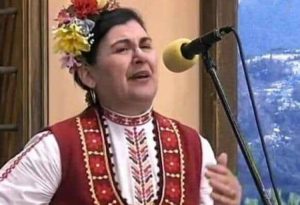 Here are some videos of Dinka Ruseva performing:

And a short memorial video (in Bulgarian)