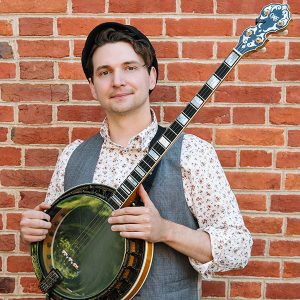 Connection to Balkan music/dance: I play bass in jazz manouche ensembles here in MD (Baltimore Swing Drop, Ultrafaux) as well as an Eastern European group called Orchester Prazevica. We play dances at the embassies in DC whenever they have them :).

Studied at camp: Greek music (bass) and brass band (tuba). I brought my upright bass and guitar to the various ensemble classes and got a lot out of those as well. I learned so much!

Memorable moment at camp: Playing in the student concert with the brass band was one of the most magical musical experiences I have ever felt in my life. I was literally crying tears of joy while blowing my tuba during the last song. I've studied Balkan brass band music for the last five years but have never had the opportunity to play it with anyone. Playing it at camp with such high-level musicians may have been the best thing I have ever done.