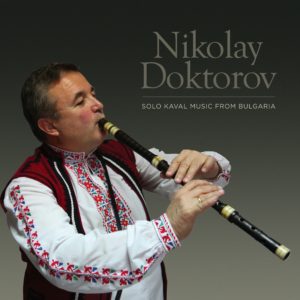 Steve Finney, Dan Auvil and Jerry Summers have assembled an exceptional and professionally produced CD of solo kaval music by Nikolay Doctorov, who has been the kaval instructor at many EEFC Balkan Music & Dance Workshops. Some of the material has been released before, but the sound has been cleaned up. All tracks are completely unaccompanied kaval, including dance tunes and slow melodies, with a balanced combination of traditional style and many original compositions.