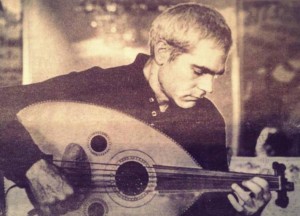 Haig Manoukian, a brilliant oud player, master of improvisation, and frequent instructor at the EEFC Balkan Music & Dance Workshops, died on April 2, 2014, at the age of 72.

Haig grew up in Virginia. As a child he heard oud music on 78 rpm recordings of Turkish sanat (“art”) music at the home of his grandparents, who were Armenian immigrants from Anatolia. He went on to listen to many records of traditional music from Istanbul and Anatolia and, in his late teens, moved to New York, where he soon found himself living in the middle of what was then a vibrant Middle Eastern music and dance scene on 8th Avenue between 27th and 30th Streets. He undertook formal music studies and started performing professionally in the 1970s. Over the years his music incorporated elements of jazz and music from Africa, India and Andalusia.

“Considered one of the world’s finest oudists, he has worked with the top musicians of Turkey, Armenia, Egypt and Iran,” states his Circuit Productions bio. “He has performed at Avery Fisher Hall, the Metropolitan Opera House, Town Hall and Carnegie Hall, as well as at major cabarets in Istanbul, Europe and the U.S.A.”

Haig performed with numerous ensembles, including Alba, Orchestra Keyif, and Sounds of Taraab. He was the longtime musical partner of clarinetist Souren Baronian; the two played in a trio, Transition, and a larger group, Taksim, both of which combined elements of jazz with Middle Eastern music. Taksim toured in the U.S. and in Europe for more than three decades.

In addition to performing, Haig repaired and reconditioned ouds at his New York studio. He taught oud and Eastern music theory at various Middle Eastern camps. At EEFC workshops, including Mendocino, East Coast and balkanalia! (formerly an EEFC-produced event), he taught oud, makam theory and taxim.

Thanks to Circuit Productions, Inc., Alwan for the Arts, and The Magic Carpet Ride: My Life So Far, by Souren Baronian and J.P. Harpignies, for some of the facts in this article.

Click here for information on Near East Far West, a reissue of the 1998 recording featuring Haig and Souren. 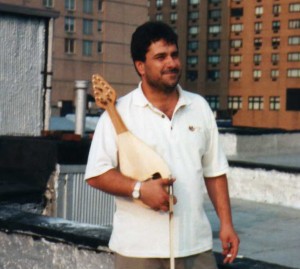 Georgi was born in 1962 in the village of Sinagovtsi, near Vidin in Northwestern Bulgaria, near the Danube River. His father, Jordan “Siki” Todorov, is a renowned kaval and duduk player from Sinagovtsi; his mother, Vasilka, met her future husband when he was serving a residency leading a folk ensemble in the village of Osenovo, near Blagoevgrad, in the Pirin Macedonia region of Bulgaria. It seems natural that Georgi would immerse himself in the folk music world, and indeed he had a precocious beginning, winning a gold medal at the age of 7 for playing gudulka at the Koprivštitsa national summer folk festival. His high school years were spent at the Pleven music school, and he went on to college at the Plovdiv conservatory. It was here he began composing and later recording with the Bulgarian National Radio folk orchestra. In 1990 he became concertmaster of the Radio orchestra, which was attached to the Philip Koutev National Ensemble for Folk Song and Dance. In the years following, Georgi played with Ensemble Trakija and the Bisserov Sisters, with whom he toured Europe, Japan and Canada; as well as with the women’s chorus Angelite. 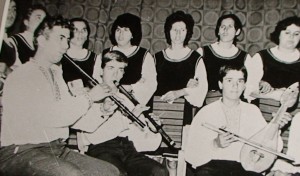 A highlight of Georgi’s life came when he was tapped to join the music and dance extravaganza  Riverdance in 1996 for a five-year stint. (The author remembers fondly her first meeting with Georgi in 2002, when she observed that his excellent English was tinged charmingly with an Irish brogue.) Riverdance heightened Georgi’s fame and led him to further collaborations and adventures, including several summers at Ross Daly’s Labyrinth Musical Workshop on Crete, where he taught seminars in Bulgarian folk music and improvisation. 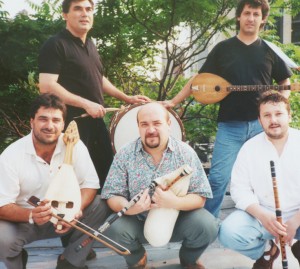 Under the patronage of gajda player Vassil Bebelekov, who was his longtime friend and kum (best man at his wedding and godfather to his children), Georgi came to the States in 2002 to attend the balkanalia! workshop in Portland, Ore. He returned in 2003 to tour with Grupa Maistori, which included Georgi, Vassil, Nedyalko Nedyalkov, Nikolay Georgiev, Angel Dimitrov and Ivaylo Koutchev. Along with producing a self-titled CD, the band attended and taught at both Balkan Music & Dance Workshops that summer. Georgi returned to the Workshops in 2005, where he executed masterful performances in the late-night kafanas that people still recall.

In May of 2012, the village of Sinagovtsi celebrated Georgi’s 50th birthday in grand style. It is unknown how many people knew that he’d found out shortly before that he had cancer. When, sometime later, news of his illness reached across the Atlantic, Georgi’s American friends and admirers rushed to his aid, putting on benefit concerts and collecting money for his medical care and surgery. Similar efforts were carried out in Bulgaria, both by the municipality of Vidin and by friends on Facebook. Despite an optimistic prognosis after a surgery to remove his tumor in June of 2013, Georgi’s health declined drastically at the turn of 2014.

We who were lucky enough to know him remember Bai Georgi for his robust character and for the equally robust, life-affirming music that spun effortlessly from his fingers and bow. As the Bulgarians say, neka e svetla pametta mu (may his memory be bright). 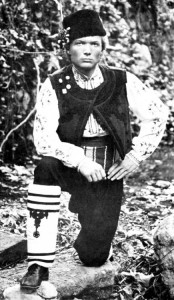 Marcus was born on June 9, 1955, in the small farm town of Avenal (near Fresno), Calif. He was first exposed to Slavic music in the Russian Orthodox Church of Fresno. At the age of 12, after his family relocated to the San Francisco Bay Area, Marcus began his interest in folklore through the Bulgarian communities on the West Coast, learning the basic national dances and developing the ability to play village instruments. Four years later, he traveled to Sofia, Bulgaria, as a guest of the Bulgarian government to study folk instrumental music and dance with the Pioneer Dance Ensemble.

After a brief return to the United States, he went back to Bulgaria in 1974, this time basing his dance studies around the National Folk Choreography School in Plovdiv, while enhancing his musicianship by playing for village weddings with kaval master Stoyan Dimov. He began performing with the State Youth Ensemble in Sofia, Bulgaria, and the Yambol Folklore Ensemble in Bulgarian Thrace. He was a gudulka graduate of the state conservatory in Plovdiv and was equally accomplished at playing gajda. Marcus changed his surname from Holt to Moskoff but retained his United States citizenship. 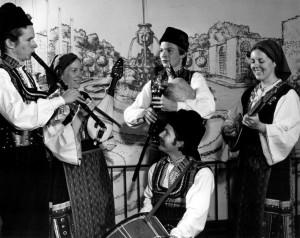 Marcus Moscoff (back) with Vitosha, 1979

In 1978, Marcus traveled through Bulgaria again as a guest of the Bulgarian government, this time carrying out concentrated research in folklore with emphasis on its contemporary aspects. Returning to the U.S., Marcus taught Bulgarian dancing at workshops and festivals/institutes across the country and choreographed suites of dance and music for several folk ensembles. Dances Marcus taught include Graovsko Horo, Plovdivska Rŭčenica, Pravo Severnjaško Horo, Rodopsko Horo, Sitno Pajduško Horo, Trakijska Rŭčenica and Tropanka.

He played for years with Ensemble Trakiya in Santa Barbara, Calif., and directed the Nestinari Bulgarian Folk Orchestra. In the mid-1980s he taught for several years at both the Mendocino and East Coast camps, including at the very first (1983) East Coast camp at Ashokan. He was married to Anastasia (Asya) with whom he had a daughter, Elitsa.

Marcus published a book of Bitov instrumentation, Orchestral Melodies for Gajda, Gadulka, Kaval, and Tambura, in 1977. [Ed. note: Marcus gave EEFC permission to reprint and sell this book; you can order it at this link.]

A longer version of this article appears on Dick Oakes’ Phantom Ranch site.