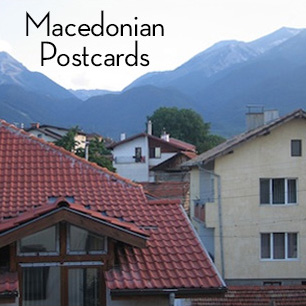 David Bilides and Dragi Spasovski have recently released the 35th podcast in their series, “Macedonian Postcards,” which features the song “Ori Jano, Sokol Jano,” a love song from the Tetovo area of Macedonia. Dragi discusses the background of the song and talks about the differences between singing with kavals and gajdas, and ornamenting melodies.

Since the first podcast in 2007, David and Dragi have discussed and provided samples drawn from the 54 Macedonian folk songs in Dragi's three-CD and songbook project issued by Izvor Music. On each podcast, Dragi tells stories about the recordings and musicians and gives glimpses of his life and Macedonian culture in general. You can download each episode individually, listen to an audio stream of each episode, or subscribe to the entire series. Go to: http://podcasts.izvormusic.com