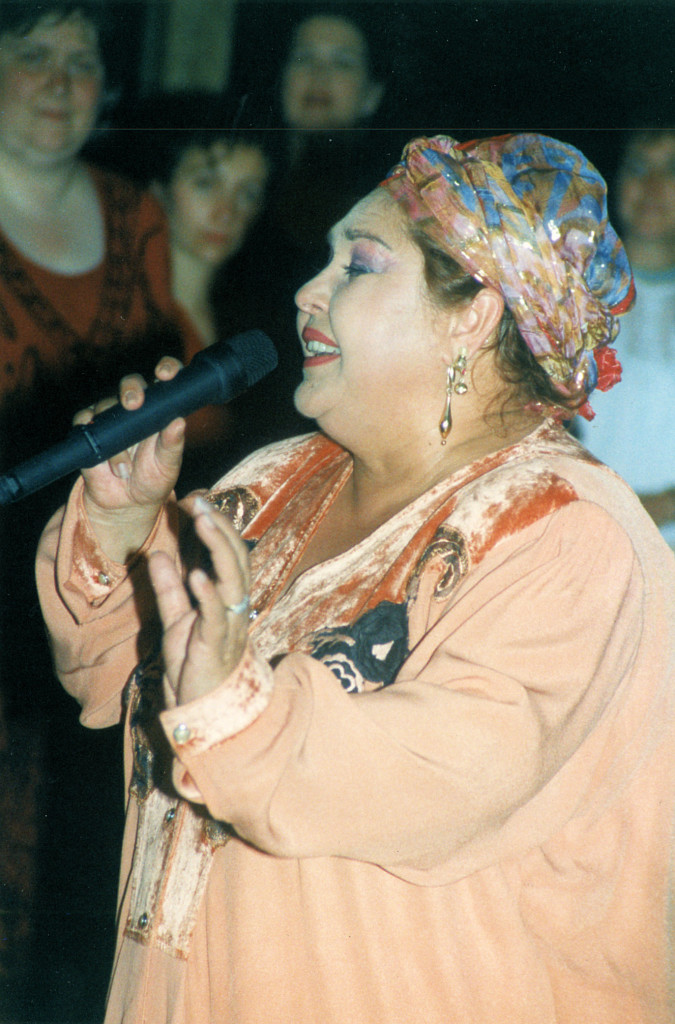 Esma Redžepova performed for over 50 years to enthusiastic audiences in Europe, North America, the Middle East, and Asia. Hailed by NPR as one of the world’s “50 Great Voices” and crowned "The Queen of Romani Music" at the World Romani Congress in India in 1976, Esma was perhaps the most famous Romani singer in the world and gave thousands of concerts, many of them for humanitarian causes. Her ensemble played in plazas, stadiums, and opera houses, for villagers as well as world leaders. Esma was the first Romani musician in Yugoslavia to concertize and record for mass audiences in the Romani language, and she was the first Macedonian woman to perform on television. She produced over 500 songs on dozens of records, several of which achieved "gold" status in the Former Yugoslavia; releases include Songs of A Macedonian Gypsy (Monitor), Čhaje Shukarije (World Connection), and Gypsy Carpet (World Network).

Born in Skopje, Esma was one of six children in a poor Muslim family; her father lost a leg in World War II and subsequently shined shoes. At the age of eleven she met Stevo Teodosievski, an ethnic Macedonian accordionist and arranger who recognized her talents and secured permission from her parents to train her as recording artist (not a cafe singer, which would be considered shameful). By the age of thirteen, Esma had become a star with her trademark song "Čhaje Šukarije" (beautiful Romani girl). Esma and Ensemble Teodosievski moved from Macedonia to Serbia in 1961 to cultivate wider opportunities and escape prejudice against Roma in the music industry.

Teodosievski’s vision and Esma's abilities created the perfect combination of Romani exoticism and refinement. Stevo and Esma composed songs which they transformed into staged choreographies incorporating dance, costume and dramatic scenarios showcasing the stunning emotional range and dramatic potential of Esma's voice. The couple married in 1968 (one of the first "mixed marriages" in Macedonia) and were inseparable musical partners until Stevo's death in 1997. Her career continued with her children. Stevo and Esma turned their home into a school of music that served as a training ground for 47 children (many from poor homes) whom they adopted. 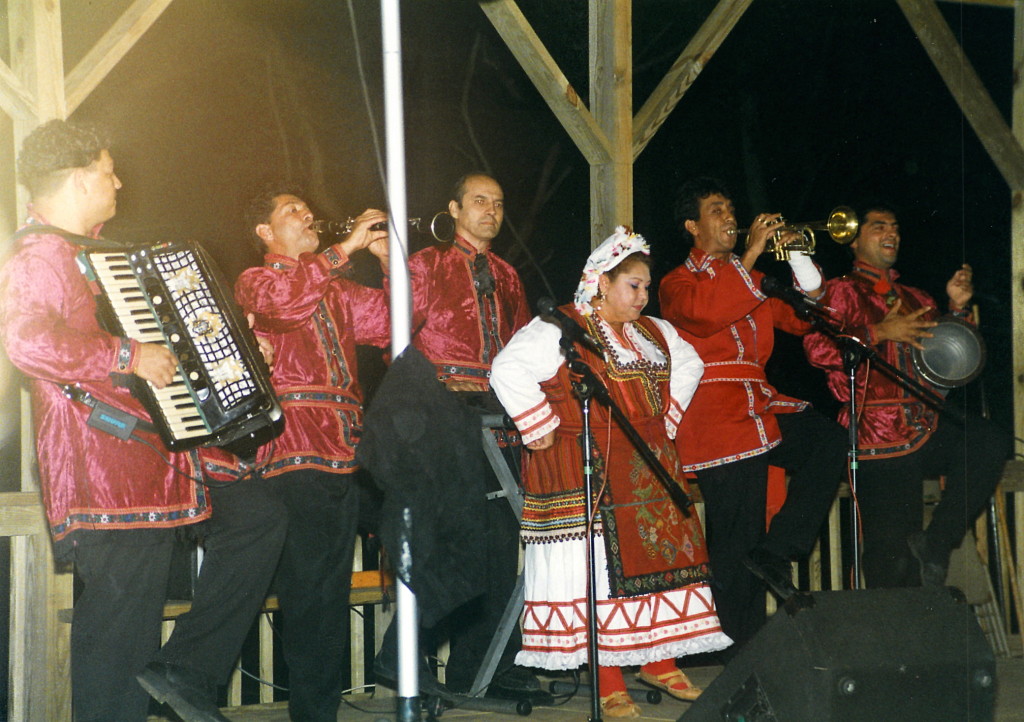 Throughout the years the Ensemble embraced an eclectic internationalism: music from various regions of Yugoslavia became part of their repertoire as well as from neighboring Balkan countries and beyond. Singing in over fifteen languages, including all of the Balkan and East European languages, plus Hebrew, German and Hindi, Esma embodied the versatility, innovation, and cosmopolitanism of Romani artists. Esma's songs, sometimes based on true-life incidents, chronicle the joys and sorrows of love, such as in arranged marriages, the poverty of Roma, and the pain of separation, such as that resulting from Balkan men going abroad to work. 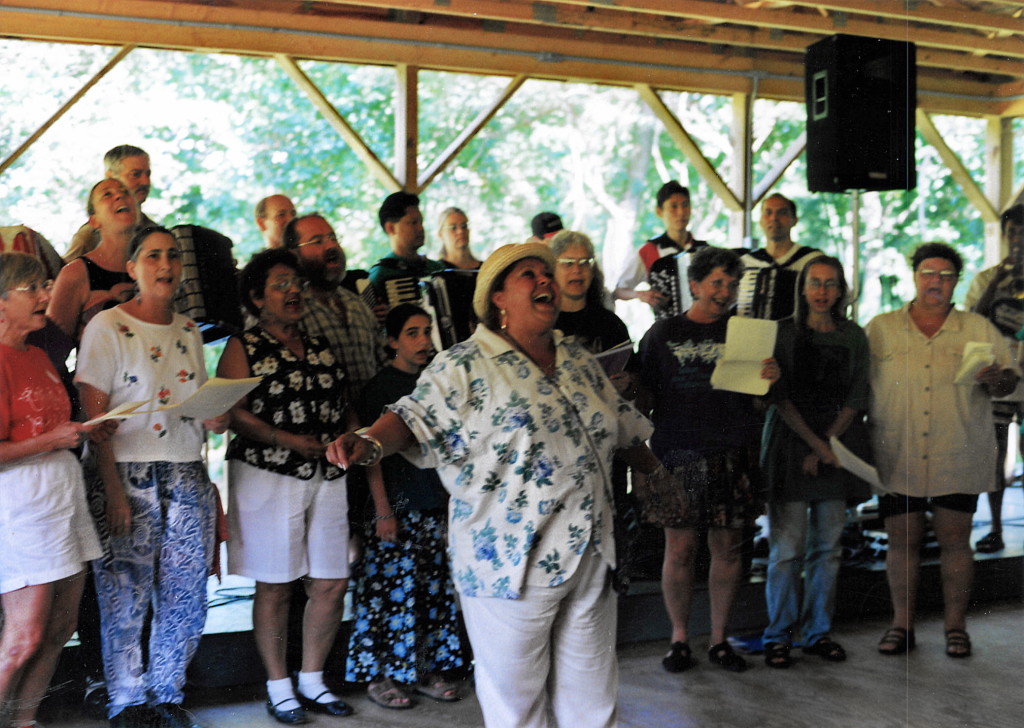 Esma and students at the student concert, Ramblewood. This was only a part of her very large class, 1998. (photo: Margaret Loomis)

Esma was a major contributor to countless advocacy and assistance programs for women and underserved populations, including the disabled and refugees. She was honorary president of the Macedonian Red Cross; in 2000, the Sorority of Roma Women proclaimed Esma "Woman of the Millennium.” In 2002 Esma was nominated as United Nations Ambassador for Refugees in Macedonia, and she was nominated a second time for the Nobel Peace Prize. In 2010, she was awarded the Macedonian Order of Merit, and in 2013 she was proclaimed a National Artist of Macedonia. She hoped to open a "Home of Humanity and Museum of Romani Music" in her home; plans included an archive, a recording studio and an outpatient clinic for the underserved.

Esma and several of her adopted sons taught at both the West and East Coast EEFC workshops in 1997 and 1998. Her last tour to the United States was in spring 2016, sponsored by Voice of Roma and the Center for Traditional Music and Dance. Her son, arranger/composer Simeon Atanasov, plans to continue her legacy with Esma’s only female protégée, Eleonora Mustafovska.

Editor’s Note: Besides being a master of Romani music and a great humanitarian, Esma Redžepova was a remarkable, larger-than-life woman with a strong will, a wonderful sense of humor and a gift for embracing the moment. 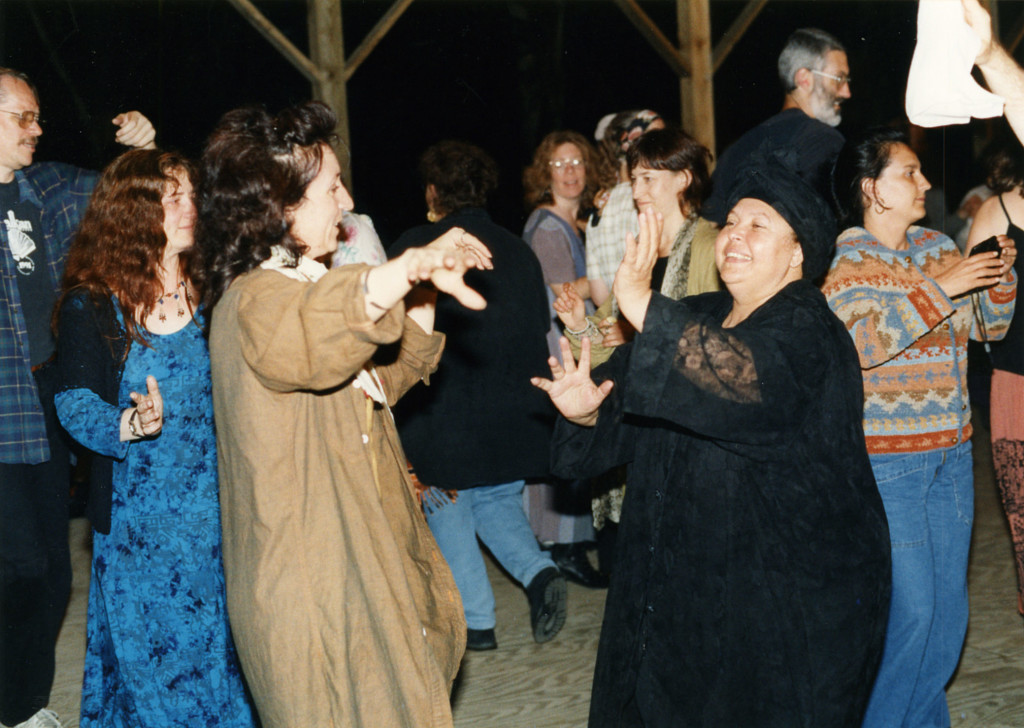 For each the two years she attended Balkan camp, folks from the EEFC community set up appearances in cities from coast to coast. I produced the concerts in Denver and had the honor of hosting Esma and some of her band in my home. She merrily joined me in the kitchen, wanting to do all the cooking for her “boys,” certain that if she asked for an ingredient in enough different languages, sooner or later I’d know what she meant. Despite being an international superstar, she prepared a huge turli tava (vegetable and meat stew) for our party, then delighted us all (and our neighbors) by singing and dancing with us on the front porch.

I remember the enthusiasm she brought to teaching her classes at camp and the fact that she sat in on classes taught by other teachers, wearing her straw hat and brimming over with pleasure that so many Americans were studying Balkan music and dancing. I remember a night when her kafana performance with her band shook the room with ecstasy.

Stories about Esma appear in several past Kef Times issues:

Fall/Winter 1997
Traveling with Esma—Michael Ginsburg
(The tale of Esma and company’s first teaching appearance at Balkan camp and the logistics challenges that posed; plus Esma and the Esma Plum Tree photo)
https://keftimes.org/kef-times/fallwinter-1997/