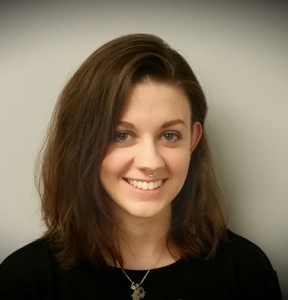 Connection to Balkan music/dance: Balkan music has been "trendy" in the belly dance community for a number of years. Watching Rachel Brice, Mardi Love and Zoe Jakes perform a kafana-worthy shot-glass-balancing choreography to Boban i Marko Marković was one of the primary experiences that drew me in five years ago. However, it quickly became apparent that most belly dancers have no idea that the Balkan region possesses a rich movement history and repertoire of its own. It was just that place with "Gypsies" and great catchy music. It's become my personal mission to offer an alternative vision for "Balkan fusion" within the belly dance community, one that is rooted in the actual folk movements, region-specific stylizations and cultural markers of the various communities and nations within the Balkans. To that end, I offer workshops on Balkan folk dance and my brand of Balkan fusion within the belly dance community and work with my dance company, The Slivovica Sizzlers, to produce choreographic suites that entertain and educate by physicalizing the spectrum from pure folk dance to pure belly dance while highlighting the movement commonalities between them as the most fruitful grounds for thoughtful fusion. Check us out on YouTube to see what I mean!

Number of times at Balkan camp: I'm a "camp kid" so I've attended almost every year of my life, which is 20+ years!

Studied at camp: I always take as many dance classes as my legs can stand, but Alex [Marković]'s Serbian dance classes are always my favorite. This year, I tried two new instruments: santouri with Yianni [Roussos] (during first slot nonetheless!) and zurla with Jessica [Ruiz] and Milo [Destanovski].

Memorable moment at camp: Growing up, I watched Luka and Eva Primak sing their hearts out to perfection, Jesse Kotansky play up a storm on his violin, and many other camp kids pick up melodies and instruments with an ease that I could barely fathom. After a botched attempt at joining the brass ensemble on trumpet (there was no Čoček Nation to ease the transition from Marlis [Kraft]'s kids class back then), I decided to give up on anything beyond drumming and dancing at age 14. My inner perfectionist decided that those two things were my only talents, and everything else was an embarrassing waste of time.

This year (a decade since my fateful decision), I went to camp ready to get back into the game with santouri. It's about as close to a drum as a melody instrument can come. All you have to do is hit it in the right place at the right time with sticks. Perfect. But zurla came as a complete surprise. I heard that Jessica's sole beginner zurla student would be leaving midweek, and as a staunch supporter of all things zurla/tapan, I rounded up some of the young ladies at camp, and we trooped up to the kafana after lunch. Unsurprisingly, my fellow students were naturals, and once again, I felt like the village idiot. Jessica would sing or call out fingerings, and the class would reply back almost perfectly, except for me. I sat there sweaty, pink, and too anxious to put enough air into the instrument to make some of the loudest mistakes of my life. I could feel Milo and Jessica slowly getting exasperated with my unwillingness to play (although in retrospect their level of patience was saintly) and I knew that the only way I'd ever get better was to do just that.

Finally, Jessica told us to spread out and play far enough away that our ears might stop ringing. I found a spot in the woods, and as the mosquitoes bit through my jeans, I still couldn't get myself to play. This internal battle was exactly what pushed me out of Brass ensemble right there at kafana 10 years before. Back then, I was too afraid to sound anything less than perfect in front of a community saturated with talent. I couldn't handle the expectations that came with being a "camp kid." I had been told stories of Zlatne Uste sounding like "noise and drum" when they first started, but that felt impossible. That was obviously a myth used to comfort unpromising beginners like me, and so I had given up.

I began regretting that decision the day I made it, and so I used that pent-up frustration to fuel my next move. With at least half of camp as my captive audience, I threw my entire lung capacity at that little reed and began to play. I hit wrong notes, my pitch was questionable, and as my mouth grew tired, squeaking became a frequent phenomenon. But then something magical happened, I dropped into "the zone" just like I do with dance, and I lost track of time as I repeated mistakes and struggled to recall the melody. I noodled and bumbled and fumbled, until all of a sudden, class was over. Čoček Nation was marching up the hill, and Jessica was calling for us to return our instruments. I was beaming as I walked back to my cabin that day. I had done what used to be impossible for me and discovered that being the loudest and most unaccomplished beginner in my class was actually the biggest accomplishment of all.