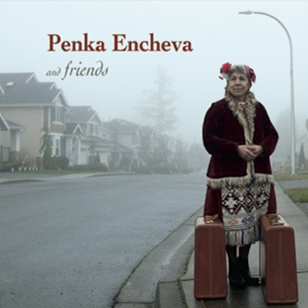 Penka Encheva and Friends is a 17-track CD recorded at Jack Straw Cultural Center in Seattle. It features Penka singing songs from her native Bulgaria, many from the region of Dobrudzha in northeast Bulgaria.

This CD is part of the Songs of Our Families Bulgarian Heritage Project, sponsored by the Bulgarian Cultural and Heritage Center of Seattle and produced by Mary Sherhart.