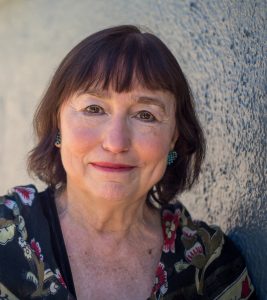 Those who’ve been attending Balkan camp for a while can see evidence of time passing—this kid’s grown up while we weren’t looking, that one has children of her own now, this one’s head is greyer, that one’s eyes twinkle from nests of more wrinkles. As for influence from the bustling outside world, there’s more digital equipment on hand than there was even a few years ago, and new flavors of music can be heard in the kafana along with old favorites.

But from another perspective, the Workshops are surprisingly timeless.  A lot of what goes on is pretty much what’s been going on since the camps started in the 1970s: interested students and talented teachers get together, often in nature, and work on esoteric styles of folk music and dance. (Okay, and eat and talk.) Is Balkan camp timeless because it extracts us from our daily tasks and plunges us into a zone of learning . . . practice . . . fascination . . . even, if we’re lucky, falling in love with a particular tune? Is it timeless because spending so much time with wonderful music over the course of a week, in a sleep-deprived state, cracks open something deep inside us? Or perhaps time boundaries blur as you struggle with the same instrument problems that, say, an 18th-century peasant faced.

Fortunately, however, since Balkan camp is a timeless realm, those photos and reports tell as fresh and touching a story about the workshops as ever.

We’re also happy to present an article we’ve wanted to do for a long time: a profile of camp bassist Paul Brown.

Many thanks to all who contributed to this issue, especially our scholarship students, many of whom wrote lovely, heartfelt vignettes; contributing CD reviewer Joan

Those who’ve been attending Balkan camp for a while can see evidence of time passing—this kid’s grown up while we weren’t looking, that one has children of her own now, this one’s head is greyer, that one’s eyes twinkle from nests of more wrinkles. . . . But from another perspective, the Workshops are surprisingly timeless. 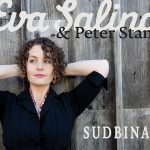 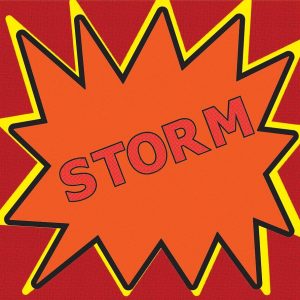 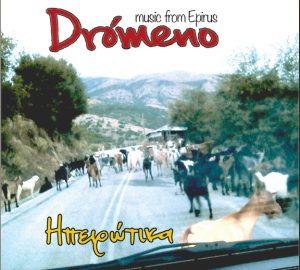 DRÓMENO is a Seattle-based traditional ensemble presenting regional folk music from the Greek mainland and beyond, overlapping into the surrounding regions and finding the musical legacy that connects the traditions of the Balkans. This CD of music from Epirus features Christos Govetas – clarinet, voice; Ruth Hunter – accordion, voice; Nick Maroussis – laouto, electric guitar; and Eleni Govetas – violin, defi, voice.

Click to read the review of this CD elsewhere in this issue. 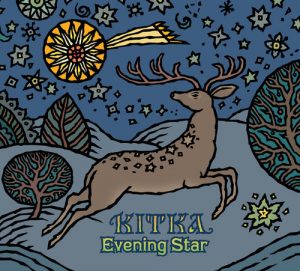 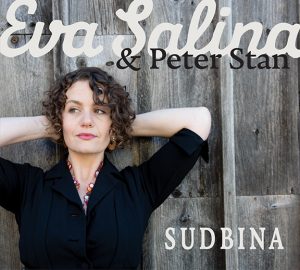 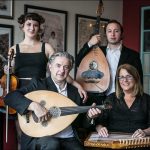 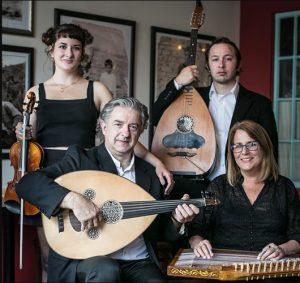 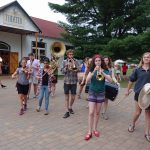 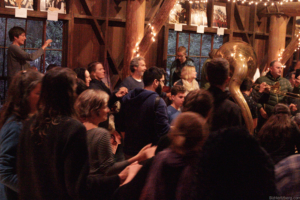 Dancing to brass band in the dance hall. 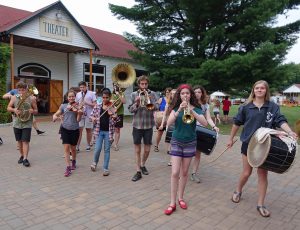 Click on a photo to see a larger image.

Click on a photo to see a larger image.

All photos by Biz Hertzberg unless otherwise noted. 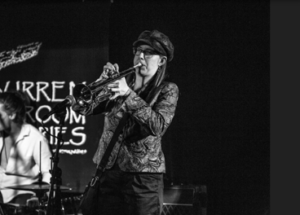 Occupation: I am starting my sophomore year at the Berklee College of Music, where I am pursuing a dual major in trumpet performance and composition. I want to be a professional trumpet player, composer and vocalist.

Connection to Balkan music/dance: When I am in Oregon, I perform with the Balkan band Kef (balkanmusic.org) run by Cody Simmons, another trumpet player who came to the Balkan camp this year. I would love to play Balkan music when in Boston as well, and am planning on pursuing that goal this year.

Studied at camp: My main focus was the trumpet. Specifically, I really wanted to get a grasp on the Balkan time feel, ornamentation, and improvisation styles. I took brass band from Demiran [Ćerimović], trumpet class, and the Romani ensemble from Vlado [Pupinoski].

Memorable moment at camp: It was a profound experience seeing the community so wholly immersed in their own culture and heritage—that is something that I have rarely seen in my life and it was so cool to be a part of. The whole immersive process of the camp unto itself really struck me, there was no way that I would have been able to understand how the music is played and practiced and approached by listening to it and reading written music. Learning songs in the classes by ear really helped me acquire the feel of it—about halfway through the camp I had a breakthrough in understanding the feel, style and sound of the Balkan trumpet/truba. I could only have understood how to think about and work on this style from that experience. Reflecting on the music as a whole, as I am not at all coming from a dance background, it was very interesting to see a music that is played specifically for various types of dances. Seeing the dance hall and kafana sets was also invaluable because simply experiencing three sets of live Balkan music from the best musicians, and all of the dancers, is such a rare thing.

I loved how amazing Demiran was at teaching despite the language barrier. His virtuosity was so inspiring—how he taught all day and played all night was impressive, especially knowing the limitations that brass instruments can present! Getting to see him and work with him was definitely one of the most important and inspirational facets of the camp and made it really an incredible learning opportunity.