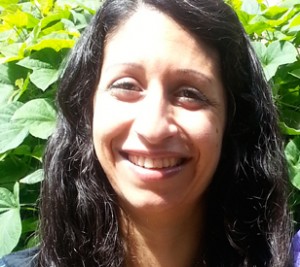 Connection to Balkan music/dance: For several years, I have been attending a weekly Eastern European folk songs class in Oakland, taught by the incomparable Lily Storm. It has been absolutely wonderful to learn songs from Bulgaria, Albania, Greece, Turkey, Macedonia, Romania and beyond. Singing them with lovely people and sharing them with friends old and new has changed my life and brought me much joy! Last year, a dear one and I held a house concert on winter solstice, and we are planning to put together similar gatherings in future.

Number of times at Balkan camp: The first of many, I hope!

Experience at camp: Each day and night, there were countless moments that I will treasure, including one which happened on the second night of camp. I had just seen a terrifically fun set in the Kafana and popped into the kitchen for a midnight snack, before making my way down to my tent in the meadow. The large block of feta alone was pretty exciting, and I was quite content to have such an ending to an already remarkable day. Just then, I ran into the fabulous Merita Halili. I had wanted to take her Intermediate Albanian singing class but had missed the first day. We spent a few minutes getting to know one another a bit, and she was so friendly and encouraging. When I mentioned I had learned one of her songs last year, she sang it for me, right then and there in the middle of the kitchen! I was completely blown away and moved to tears. I knew there was no way I would miss one more second of her class. I was and still am filled with gratitude to have had such a magical experience among many, many others throughout the week. Many thanks to everyone at the EEFC. I still feel like pinching myself whenever I think about being at camp, which happens often. It's like a dream, except it's real!